The leopard is most easily recognized by its rosette patterned coat and extremely long, dark tail. This large cat is sometimes confused in appearance with the South American jaguar but the leopard is less stocky and (unlike the jaguar) its rosette markings are generally smaller and have no internal spots. The base coloration of the coat also varies greatly depending upon location, ranging from golden/yellow in open grasslands, to yellow/cream in desert areas to deep gold in mountain and forest regions.

All black or melanistic Leopards, sometimes commonly called ‘Black Panthers’, are born in the same litter as normally marked cats. They also carry the rosette markings although these are masked by the darkness of the fur. It has been observed that the melantistic leopard is most generally found in the dense, wet forested areas of India and south east Asia, where the coloration advantages the cat in its hunting.

Although no other wild cat has such a wide spread range and diverse prey base as the leopard, it is still under threat in many regions. Once common in all parts of Africa it is now absent from most parts of northern Africa, apart from a few widespread areas of the Atlas Mountains. It is scarce in the extreme west. Subspecies of the leopard were once common in the Middle East and are now all but extinct, as is the Persian Leopard. In Southeast Asia and India its numbers have dwindled. This is mainly due to hunting for its prized fur but also through erosion of natural habit due to the spread of the human population. The Korean Leopard (or Amur Leopard) is extremely rare in the wild, suffering extensively from habitat loss. 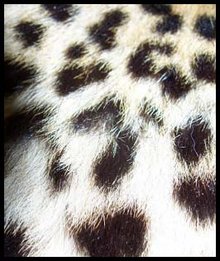 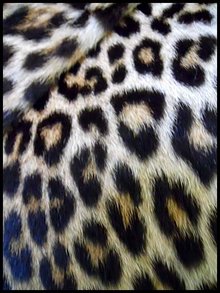 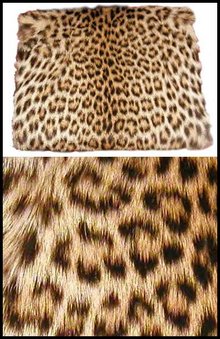