Although the use of Crocodile skin has been banned in many parts of the world, it is still available and it is still being used in the making of purses, belts, shoes etc.

It is very pliable as well as being a very sturdy leather. The saltwater variety is the most desirable, the Crocodile Porosus.

This is actually the largest reptile and can grow to be 18 feet in length. These are found in South East Asia and the northern Australian coastline. The skin of the Porosus is that which is used in the making of the Hermes Crocodile Birkin bag, which is as top of the line as you get. These particular crocodile skins fetch large sums of money on the leather market.

The tanneries which deal in crocodile leather have to be issued special licenses and they are located mainly in Italy. That being said, there are not many genuine crocodile handbags being produced today and so the cost to purchase one is very high.

Crocodiles have sensory hair on their scales, during the tanning process, the hair is removed but you can see the pores. The skin of the crocodile is more consistent in its patterning than that of the alligator. 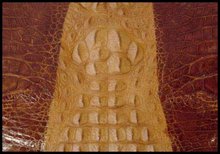 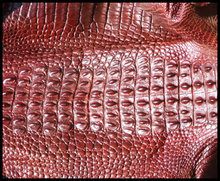 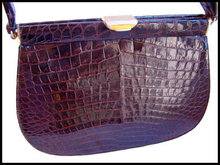 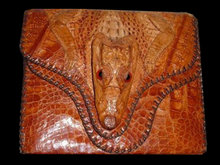 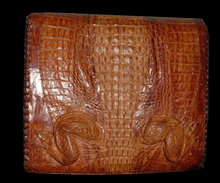 Courtesy of gaildavid
← previous next →