Chinese Leopard Cats are sometimes misidentified as house cats but they are actually much longer throughout the body and have they have rosettes, random spots, and golden fur similar to a leopard. They also have bands running from their forehead to the back of their necks, with black or brown spotted white belly fur.
Chinese Leopard Cats are usually found in China’s Yunnan Province. They have bolder markings than their subspecies, they live in deserts and forests, and they use their pattern to camoflauge themselves in the habitat they are in. 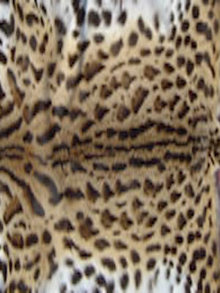