There are several varieties of the Bird Of Paradise, and most are found in inner jungles of Papua, New Guinea.

The Greater Bird Of Paradise is the one most often seen on women’s hats from the Edwardian Era. Like the Great Snowy Egret or Heron, they were prized for their stunning and colorful fine plumage, and were once hunted to the point of extinction for use in the millinery trade.

Whole birds were often used on lady’s huge hats, as well as the tail plumage. Male birds were the most prized, and were killed during mating season when their plumage was at its peak of beauty. The male is quite large, and his pale yellow and wine colored tail feathers are long and extremely fine and were sometimes dyed black or other colors.

It is illegal to hunt or export the birds today, but their numbers continue to dwindle as their habitat is slowly being destroyed by man. 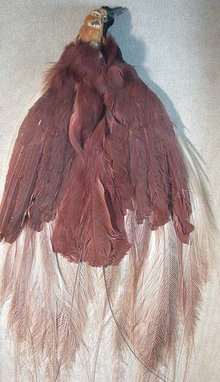 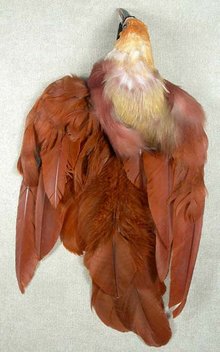 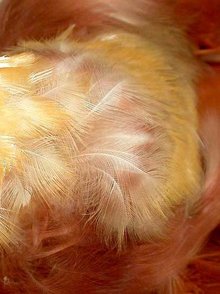 Courtesy of [email protected]
← previous next →