Bears are hunted for a variety of reasons but the main ones are for clothing and food.
The hunting of black bear has been going on for centuries starting with the Norse tribes who as young men would hunt them with only a knife as a rite of passage.
Different tribes traded animal pelts as they were highly valued for clothing.

Russia was the main source of fur pelts before the discovery of North America. European explorers traveled along the eastern coast trading their wares with the native Indians for pelts.

Here are some uses of bear fur that we are familiar with:

A bearskin is a tall fur cap, usually worn as part of a ceremonial military uniform. Traditionally, the bearskin was the headgear of grenadiers, and is still worn by grenadier and guards regiments in various armies. The one that is most familiar to us is the British Foot Guards standard hat. This hat is 18” tall and it weighs 1.5 pounds. It is made from the fur of the Canadian black bear. The bearskin used by officers is actually made from the fur of the Canadian brown bear as the female brown bear has a much thicker and fuller fur. This brown fur is then dyed black. To make one hat (or as they are officially called caps) the entire skin of the bear is used.

The British Army purchases these from a British hatmaker who in turn buys the pelts from an international auction. They purchase between 50 &100 black bear skins each year at a cost of about £650 each. When properly taken care of these can last a long time, some are still said to be in that are over 100 years old.

Bear skins were used often used to make sleigh blankets (photo of one is shown) to keep one warm when traveling on a winter.

Written by the Vintage Fashion Guild 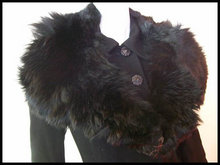 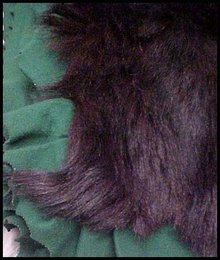 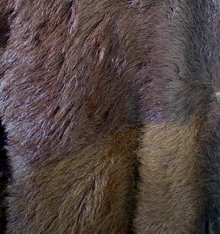 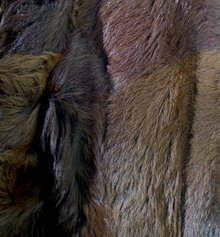