Bassarisk is a mammal found in the Southwestern United States and in Mexico. It has two layers of fur with the top layer being medium in length and the underfur being shorter. Coloration is light brown to yellowish brown with a lesser amount of gray or grayish white. The best Bassarisk has strong yellow tones. Not to be confused with ringtail possum, Bassarisk has trade names like ringtail, ringtailed cat, and miner’s cat because of the rings it has around it’s long bushy tail. It used to be called Rock Sable as well until the Products Fur Labeling act went into effect in 1952.

It is neither a cat or a sable but is in the raccoon family. Bassarisk is used both in its natural length or plucked. The best Bassarisk has strong yellow tones. Sometimes Bassarisk is bleached or dyed. It is not the most durable fur but it can last a long time with proper care. 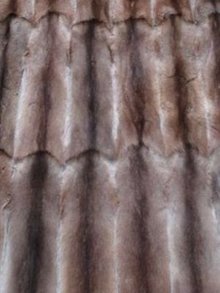