As the Victorian era drew to its close, skirts for both day and evening were elongated at the back to form a train. The skirt’s silhouette was slim at the hip, achieved with pleating and smocking. Any fullness in the skirt was confined to below the knee. Decoration was applied using large and small tucks, hem ruffles, buttons and lace insertions. For day, ladies wore very high necks and the bosom was undefined with fullness over the boned bodice that would often drop to below the waist. These pigeon breast or monobosom bodices often featured wide cape type collars that dropped off the shoulders. Sleeves were generally fitted from shoulder to elbow from where fullness would extend to the wrist. It was not unusual to see a double-sleeved effect, which featured a small, gathered under sleeve revealed at the wrist.

Evening dresses were more daring and were worn off the shoulder, with or without sleeves. The Edwardian era began mid-decade and initially took a retro step, delighting in small balloon sleeves and very nipped-in waists last seen in 1895. Skirts, although full, were rounded and fabrics were soft and allowed to drape. It was de rigueur to wear a wide sash or cummerbund.

The retro look quickly faded in favor of the revolutionary designs of Paul Poiret. He quickly became the most prominent fashion designer in Paris. He showed slim, straight skirts and insisted on fewer undergarments. Due to his decrees, the high boned collar disappeared and women’s corsets were loosened, allowing them literally to breathe a sigh of relief. This new freedom made it possible to sport a higher-waisted look and Poiret’s empire line was popular. Most representative of the period were the amazingly detailed and superbly constructed gowns. These gowns featured lace, cord work, appliqué, soutache, beading, tucking and insertion – very often on the same gown! The great Haute Couture houses of this golden era include Worth, Doucet, Lanvin, Boue Souers, Callot Souers, Paquin, Lucile, and Fortuny. 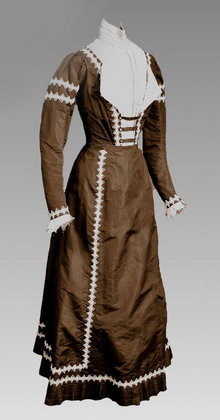 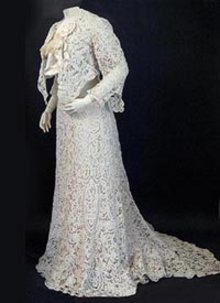 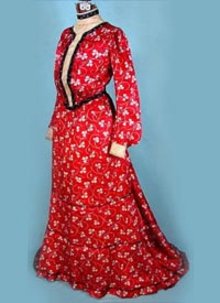 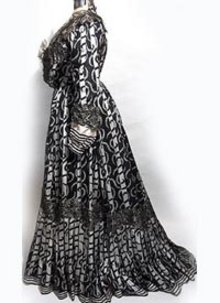 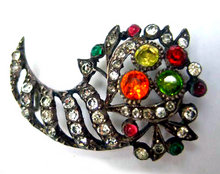 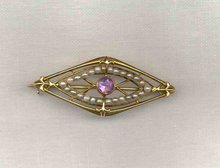 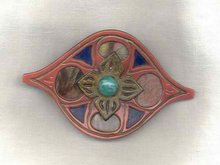 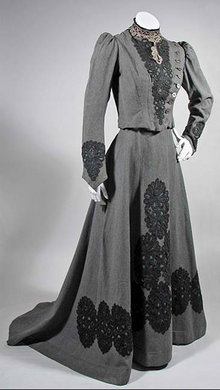 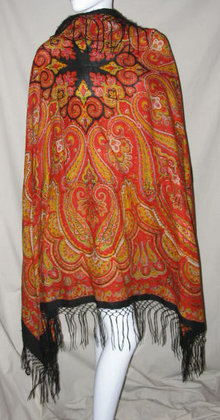 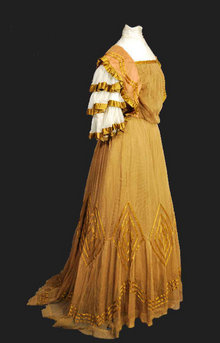 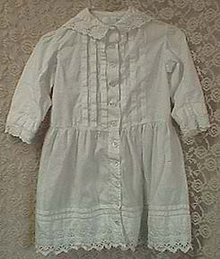 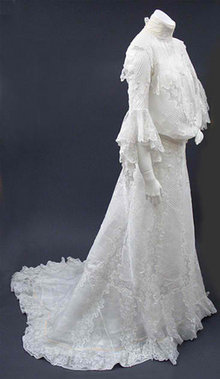 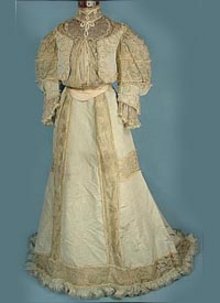 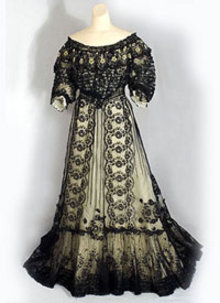 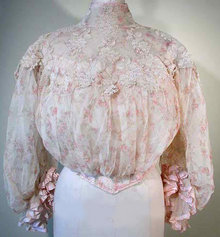 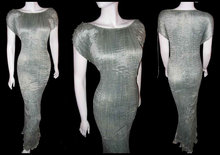 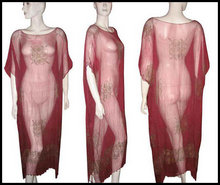 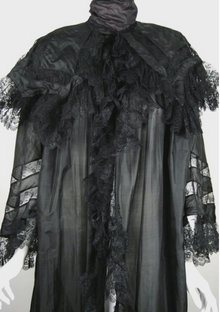 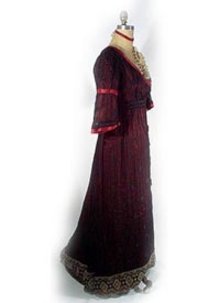