Just what IS rockabilly? Well, according to Wikipedia, “Rockabilly is one of the earliest styles of rock and roll music, and emerged in the early-1950’s. The term “rockabilly” is a portmanteau of “rock,” from rock and roll, and “hillbilly”, the latter a reference to the country music (often called “hillbilly music” in the 1940s and 1950s) that contributed strongly to the style’s development. Other important influences on rockabilly include Western Swing, blues music, boogie woogie, and Jump blues. Although there are notable exceptions, its origins lie primarily in the Southern USA.”. Rockabilly is generally considered to have been popular just from the early 1950’s to early 1960’s, though once its influence reached the mainstream it never truly went away. Several rockabilly revivals have taken place within the music industry over the years, most notably in the 80’s with the popularity of the Stray Cats. 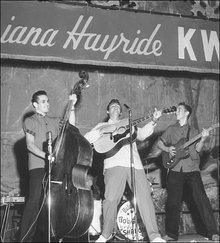 But why does rockabilly matter to fashion? What is the rockabilly “look”? That’s a question often pondered by both sellers and buyers of vintage clothing, and the answer is a little more complicated than the one above. As any genre of music has done over the years, rockabilly had a strong influence on fashions on the 50s to early 60s which have evolved into a more complex definition in today’s fashion world. 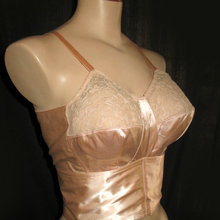 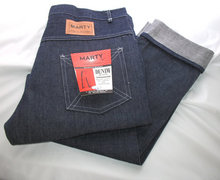 What rockabilly was to the traditional sensibilities of mainstream music of the late 40s to early 50s, rockabilly fashion was to the buttoned up, conservative look of the post war era. The wholesome pin up girl of the 40s had given way to the more racy Bettie Page types…..B-movies saw a gain in popularity and pulp fiction novel covers were inspiring the youth of America to add a little spice to their wardrobe.
Watching the film “West Side Story” quickly defines the two commonly seen looks within the rockabilly scene. The youth of early 1950s America were quick to embrace the sounds of rockabilly, but just as easily as social standing was defined by what side of the tracks you lived on, the looks were just as dramatically interpreted by the two social classes. 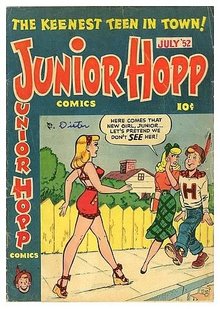 There were those less willing to rebel against their parents, less willing to take risks. The rockabilly look for those on the “right” side of the tracks was clean cut with just a dash of edge. Jeans were generally a wardrobe staple and the cuff came naturally, as pants of the era were either hand-me-downs or purchased on the longer side for “growing room”; wide cuffs were born of necessity, rather than for the sake of fashion, yet has transformed into a mainstay in rockabilly dressing to this day. Shirts, sweaters and jackets were simple in color and style, a cotton or gabardine button-down shirt or jacket wasn’t too pricey and not too flashy for the “good guy”. Guy’s shoe wear was simple: whatever was in the closet. Penny loafers were popular as were the standard black oxford. 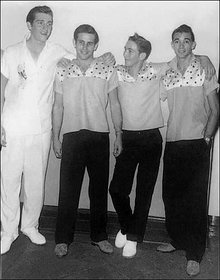 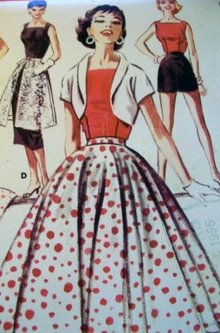 For girls, the look was full skirt dresses with lots of crinolines, flats or low heels and ponytails. It was an exaggerated version of the adult’s 50’s look with a girlie edge….while these girls weren’t willing or able to channel their inner B-movie girl with teased hair and bright red lipstick, bold prints and bright accessories. 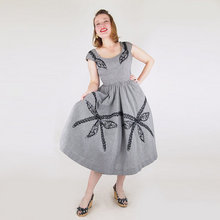 Those who’s economic and social backgrounds allowed them more leeway in the realm of rebellion took the rockabilly look to its limit. Crazy colors (pink! for men!) and patterns could be seen in menswear, 2tone shirts and jackets, atomic or novelty prints made a huge splash- just not with your average joe. We’re familiar with what a “ricky jacket” is, but it’s actually quite a misnomer. Ricky Ricardo on I Love Lucy was seen wearing a 2 tone jacket once on the show, yet a whole era of rock and roll fashion was dedicated to this. The upper middle class man didn’t wear such loud and crazy clothing~ you never saw Ward Cleaver or even your average dad in Anycity, USA sporting something like that. 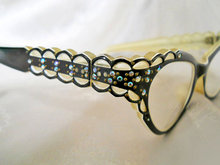 Everyday wardrobe could include engineer boots which were a natural choice for hot rodders and bikers and the leather jackets to match, thanks to movies like The Wild. Girls had their turn in showing off their bad side and shunned full skirts and dresses which hid the body. They opted for the scandalous pencil skirt and tight sweater which didn’t leave much for the imagination and stiletto heels were the final mankilling touch. While most girls then didn’t know of Bette Paige, they did get their naughty fashion inspiration at the movies with the likes of Jayne Mansfield in full glory with springolators in tow. 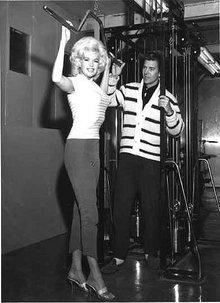 The look was of course modified as regional influences came into play. Western rockabilly fans embraced Western Swing and quite a lot of Western as well as Southwestern fashion influences were seen. Heavily embroidered satin or gabardine shirts could be seen on men and women~ Patsy Cline for example favored the fringed western look. Patio sets, also known as squaw sets with sandals, wedges or espadrilles were in high gear. In the south, Elvis in his “early years” was partial to gingham western snap shirts and that was reflected in men’s fashion. In the East, the jump and jive scenes of Harlem and some European influences were seen in refined and swanky details like the 2 tone oxford (again, another Ricky element coming into play) or drapey Hollywood pants with rayon loop shirt. 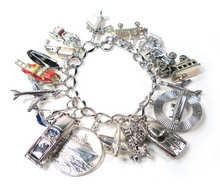 While rockabilly was a fairly narrow window of time and a style not readily “defined” by those wearing it as a specifically identifiable look, it is easy to see looking back what types of clothing contributed to what we now refer to as rockabilly. Just as all clothing from the 20s is not considered a “flapper” look, not all clothing from the 1950s to early 1960s is considered rockabilly. It was an influential look unique to the time & unique to itself that has inspired fashion designers and vintage fans in the many years since. 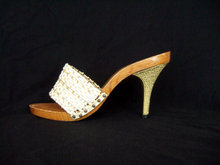 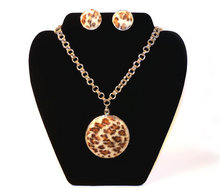 SPECIAL THANKS to Kim from FAST EDDIE’S RETRO RAGS for all the help defining what rockabilly “was” back in the day. Coming soon……rockabilly, as interpreted today!
Originally posted on the VFG Blog: Monday, February 18, 2008
Rockabilly: Then & Now 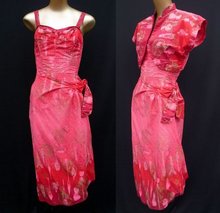 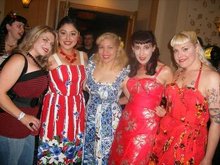 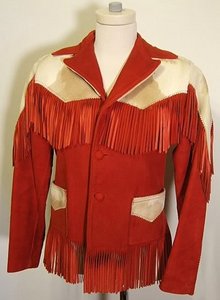 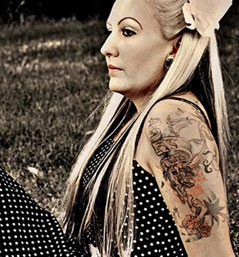 What is the rockabilly “look”?
← previous next →