Irene (1907 -1962) Born in South Dakota, Irene Lentz made her way to Southern California by 1927 where she started in film as a dress extra. Irene studied at the Wolfe School of Design, and opened a dress shop, Irene of California, on the campus of UCLA at the urging of her husband Dick Jones. Attracting the notice of such stars as Lupe Velez and Dolores del Rio, Irene caught on and became a success. 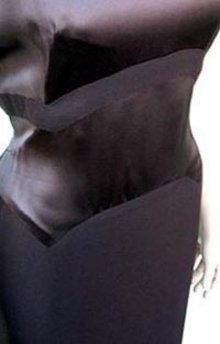 She closed the shop at the death of her husband. After spending time in Paris, Irene returned to California and opened a second shop in 1933, first across from the Hollywood Bowl, then on Sunset Boulevard. Her windows gained the notice of Bullock’s-Wilshire, and she went under contract to them as the head of their Costume Design Studio where the duties were to design fashions for stars to wear in films. 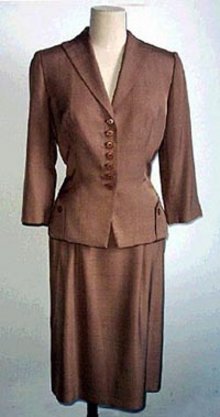 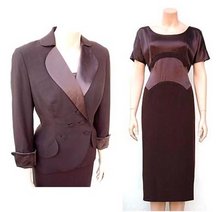 Irene’s early work was seen in Paramount, RKO, Columbia and United Artists efforts. By 1941, even British Vogue referred to her “Californian elegance”. Irene signed a contract in 1942 as Executive Designer at MGM, where her brother-in-law, Cedric Gibbons, was the art director . She remained there until 1949. Her strong suit in film design was her ability to costume sophisticated modern women. Irene really had very little experience with period or theatrical costume, and often collaborated on musical and historic films with a second designer, such as Walter Plunkett, Irene Sharaff or even her eventual successor, Helen Rose. She opened Irene, Inc. two years before leaving MGM, an unusual concession from Louis B. Mayer.

Irene, Inc. was founded with financing from some 25 American department stores, including Bullock’s Wilshire, Hallé Bros., Marshall Field, Frost Bros., Ransohoff’s of San Francisco, L.S. Ayres of Indianapolis, Jenny and Neiman Marcus, who then had exclusives to her designs. She, like Adrian, Howard Greer and Travis Banton, had become a quite name in her own right as a film designer and this recognition carried over into ready to wear.

Irene was especially good with expensive tailored daytime ensembles in the suit line that Adrian had established . Her work almost always has a dressmaker look, with plaids, stripes, seaming and integral features such as pockets and custom buttons used to great effect. As late as 1957 she was turning out suits that were really longer, curvier versions of the 1940s silhouette with slightly softer shoulders. Irene ‘s suits could be very tailored, and yet they never lost an essential femininity. Her evening gowns were considered striking. She could work in a sculptural, draped mode or go with trimming and beadwork. According to * The Fashion Book *, Irene’s fashion style was always “slim, curvy and tailored for daywear; eveningwear…was lavish and dramatic with feathers, frills, and sparkle.” She continued to produce her daytime suits, often with intricate seaming and flair for the rest of her career. Irene returned to film design in 1960 for Midnight Lace starring Doris Day and designed Lover Come Back in 1961. Her last film was 1962’s A Gathering of Eagles. She appeared in the film The Great Morgan as herself. 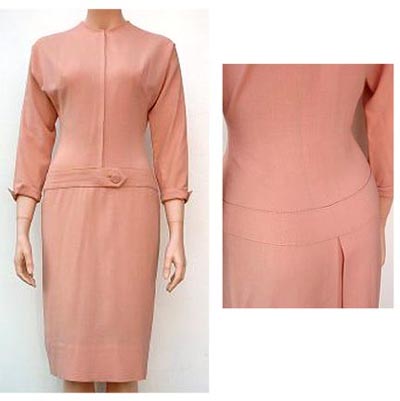 Irene died tragically of suicide in 1962, and her company continued under Hubert Latimer, who later designed for Christian Dior – New York and Mollie Parnis.

Representative Films 1933 – 1962: Flying Down to Rio, Shall We Dance, You Can’t Take It With You, To Be or Not To be, You Were Never Lovelier, The Palm Beach Story, Cabin in the Sky, DuBarry Was a Lady, The White Cliffs of Dover, Dragon Seed, National Velvet, Meet Me in St. Louis, The Picture of Dorian Gray, Without Love, Anchors Aweigh, The Harvey Girls ( with Helen Rose) , The Postman Always Rings Twice, Till the Clouds Roll by, The Yearling, Song of the Thin Man, Green Dolphin Street, State of the Union, Easter Parade, The Pirate, The Barkleys of Broadway, In the Good Old Summertime, The Great Sinner, Lover Come Back.