Howard Greer (1886 – 1974) was an earlier designer than Adrian, and as well known in his day. Like Adrian, Howard Greer was credited by Vogue with “a sixth sense about the fashion future.” Greer got his start as a sketch artist for Lucile, Ltd. in 1916. He served in World War I on the front line in Europe, staying in Paris afterward and working for Lucile, Molyneux and Poiret. Greer returned to New York in 1921, and became a costume designer for Famous Players Lasky, the forerunner of Paramount. He designed primarily modern dress films with glamorous wardrobes for the star, no matter what her social standing.

In * Designing Male * he stated: “Designing for the silver screen is a highly specialized talent. The dramatic flare necessary on film is often too flamboyant and exaggerated for private wear, and, by the same token, subtleties of color, fabric and drapery in three-dimensional clothes can be utterly devoid of personality and interest before the camera”. According to David Chierichetti, “One of Greer’s greatest assets was his ability to understand the vibrant personalities of the Paramount ladies, and translate them into clothes”.

Greer’s contract ran until 1927, when he left Paramount, to work in custom clothing and leave the black and white constraints of film. 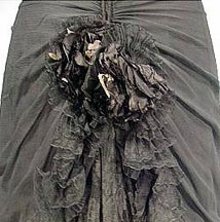 Greer opened Greer, Inc. in Los Angeles late in 1928 with a legendary star-packed opening. He was the first major costume designer to take the leap of establishing his own couture house. He started with custom design, then added ready-to-wear alongside it by 1947. After that, his clothing was sold around the country and he was in the top tier of American ready-to-wear designers . Greer specialized in cocktail and dinner dresses with stunning necklines that he specifically designed to look good seated at a table. His clientele continued to include film actresses, but he added society women and their daughters as the quality of his salon’s workmanship became apparent. Howard Greer continued to supply film costumes for studios without in-house designers well into the 1950s. 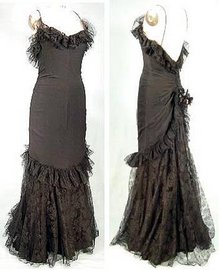 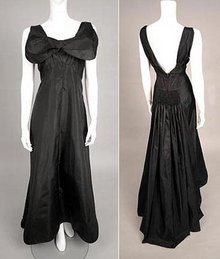 Mr. Greer was known for his celebrity design for women as disparate as Shirley Temple and Theda Bara. He famously provided a full wardrobe for Greta Garbo and wedding dresses for Shirley Temple and Gloria Vanderbilt. His style had long-lived appeal as he created both personal and film wardrobes for stars from Mary Pickford and Gloria Swanson to Ginger Rogers and Katherine Hepburn.

Greer’s look, while varied, tended toward the expensive afternoon and evening clothes of the fitted torso type with eye-catching effects. In many ways, he remained true to his training as a costume designer. He didn’t follow the padded shoulder line of the 1940s, and liked to work with black combined with a range of pinks for contrast. Greer’s 1951 autobiography was Designing Male . He retired in 1962. 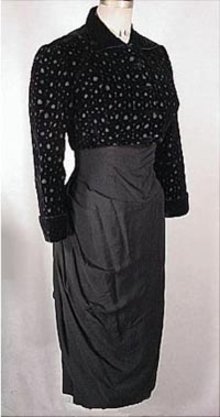 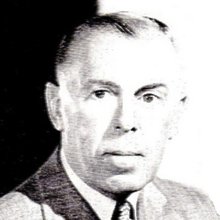