Building upon fellow Frenchmen’s innovations in weaving, Jean Marie Jacquard invented the jacquard loom in the first few years of the 19th century. Jacquard’s loom automated the very time-consuming weaving that had previously been accomplished by hand on a drawboy loom. The Jacquard loom was controlled by a series of punched cards, with each punch regulating one warp thread, so that it passes over or under a weft thread. The system allows complex, curving and/or large patterns.

Jacquard looms now employ computers instead of punched cards. This is fitting—Jacquard’s punched card system is considered an important stage in the history of computer programming. 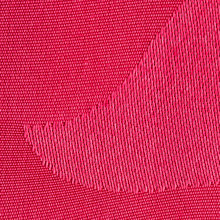