The now-defunct British chemical company Imperial Chemicals Industries Ltd. (ICI) developed and trademarked Crimplene in the 1950s. The thick polyester yarn is called Crimplene as is fabric made from this yarn. The yarn can be woven, but was most usually seen in a double knit. Crimplene fabric is heavy, wrinkle-resistant, wash-and-wear and easy to sew. The decade of the 1960s was Crimplene’s heyday (it made many an A-line dress) with lighter-weight polyester beginning to supersede it in the early 1970s.

Crimplene may have been named after the Crimple Valley which is near the ICI Laboratory where the fiber was developed. It has also been suggested that it is a name compounded from crimp (as in the crimp of the yarn) and Terylene, ICI’s trademarked polyester fiber. 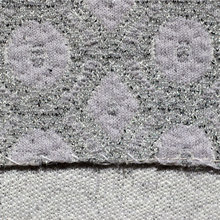