Pure joy: that’s the effect of seeing a Stephen Burrows anything on Pat Cleveland. But especially these patchwork pieces from 1971-73. Here she is in all her glory, and details of a related ensemble in the FIDM Museum collection. Burrows cofounded the O Boutique in NYC in 1968 which, despite the countercultural luminaries that frequented it, closed a year later. In 1970, the president of Henri Bendel gave Burrows a space in the workroom of Bendel’s Studio (their in-house manufacturing spot); studio manager Pat Tennant became an important mentor to Burrows. Stephen Burrows World opened in the summer of 1970 on Bendel’s third floor: disco music thumped as the audience watched a fashion show that indicated new directions for studded leather garments, midi-skirts, clingy sweaters, and Burrows’s now infamous Day-Glo bright jersey knits. That these pieces were shown on ethnically diverse male and female models impressed all of fashiondom…

Fluid, flirty, and flat-out sexy: that’s the stuff that landed Burrows a prestigious Coty award in 1973—oh, and he won more of those in 1974 and 1977. His most high-profile moment was when he knocked the literal socks off of French couturiers at the “Battle of Versailles” in 1973. Burrows was one of five American designers invited to challenge five French stalwarts, including peak-level YSL. Black models Bethann Hardison and Cleveland SLAYED…and BAM! American fashion ascendancy. This spectacle couldn’t have become as spectacular without the energy Burrows and his cadre served.

Written by Leigh Wishner @patternplayusa on Instagram, and Registrar/Museum Coordinator at FIDM Museum. 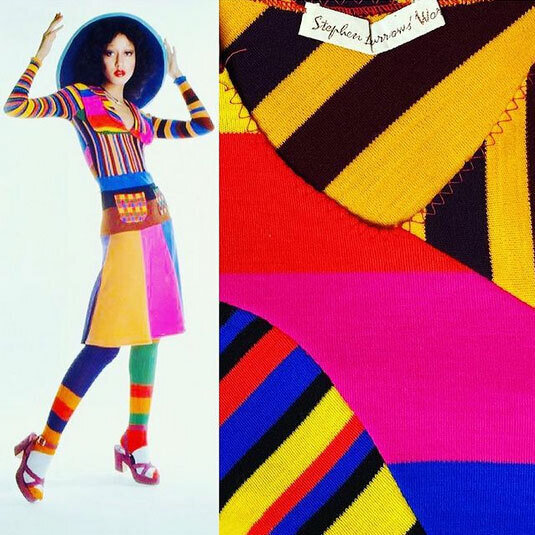 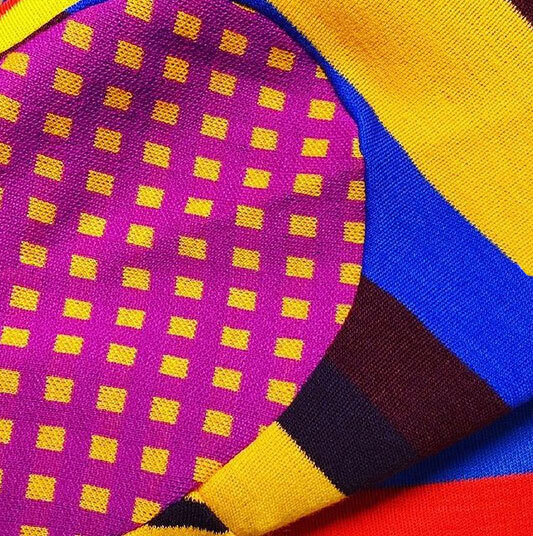