Back with another installment of the “Fabric Junkie”! Instead of focusing on various fibers and weaves, we’re going to look just at jacquards. Remember, weave and fiber are two different properties of fabric, so when we talk about jacquard, we’re referring only to weave. Jacquard is a term that everybody has heard, but it doesn’t seem to be well understood. Simply put, a jacquard weave is one in which a raised pattern is woven into the fabric on the loom (as opposed to a fabric onto which a design is later stitched). In more technical terms, jacquards are woven on special looms (Jacquard looms, after their inventor, Joseph Marie Jacquard) that allow warp (lengthwise) threads to be individually and independently raised from the surface. The raised designs can be simple or pronounced, subtle or intricate.

While I’m not going into detail on the Jacquard loom and its history, anyone interested in fabrics may want to read up on it a bit. The Jacquard loom was invented in the early 1800s and utilized punched cards to separate and raise the warp threads, i.e., “program” the loom, much like early computers were programmed via punch cards. So, the Jacquard loom was a forerunner of our modern computer!

Some of the more well-known, easily recognizable jacquard weaves are brocade, which has a pronounced raised pattern, often in different colors and sometimes with metallic threads, on a contrasting background; damask, a subtle weave—generally tone-on-tone or a color on a coordinating shade—in which the differences in the luster of the threads delineate the pattern; and tapestry, a more complex weave in which weft threads are woven over the warp threads to create the design. Matelassé, popular but not seen as often, has a quilted effect. Dobby weaves are fashioned on specialized looms to produce repeating, small geometric patterns, such as the birds-eye weave. 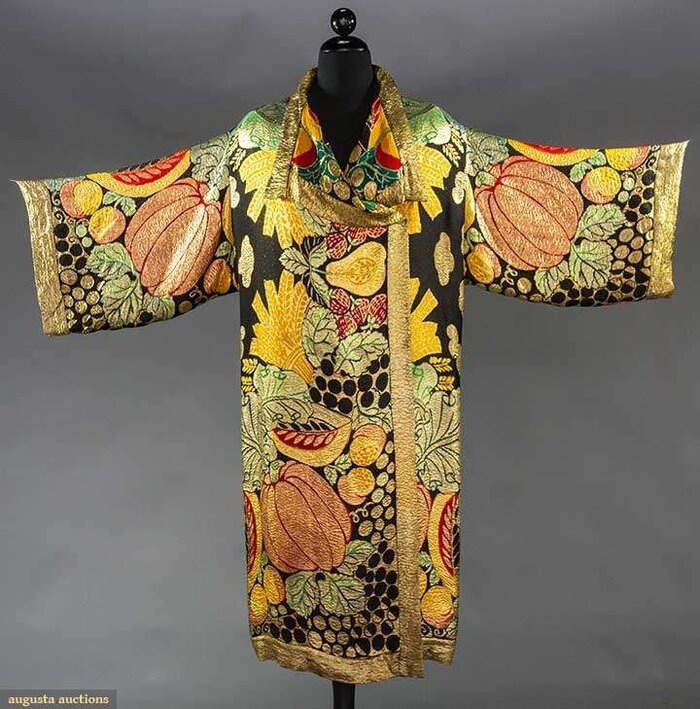 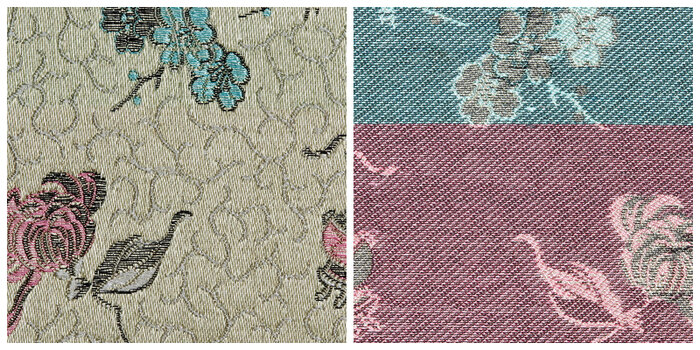 Jacquards are exceedingly versatile: they’re found in almost every fiber—from silk to cotton, rayon to polyester. And they’re used for a multitude of everyday items, from damask tablecloths to jacquard dress fabrics to heavy upholstery material. And in accessories, we see handbags, neckties, and scarves in all types of jacquard weaves. 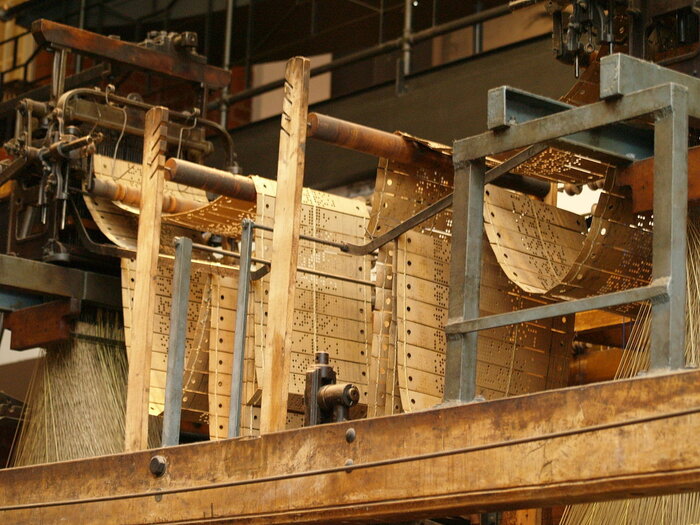 Punched cards in use in a Jacquard loom. German Museum of Technology, Berlin. Public domain 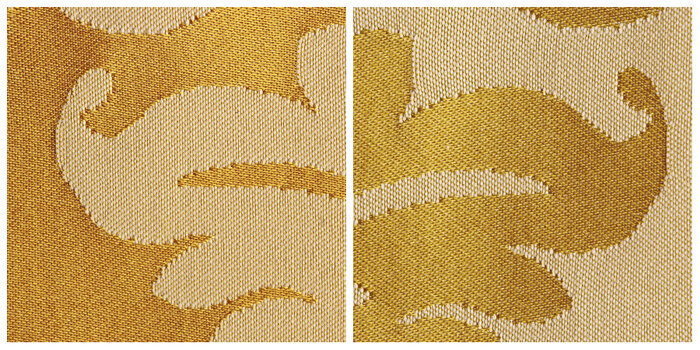 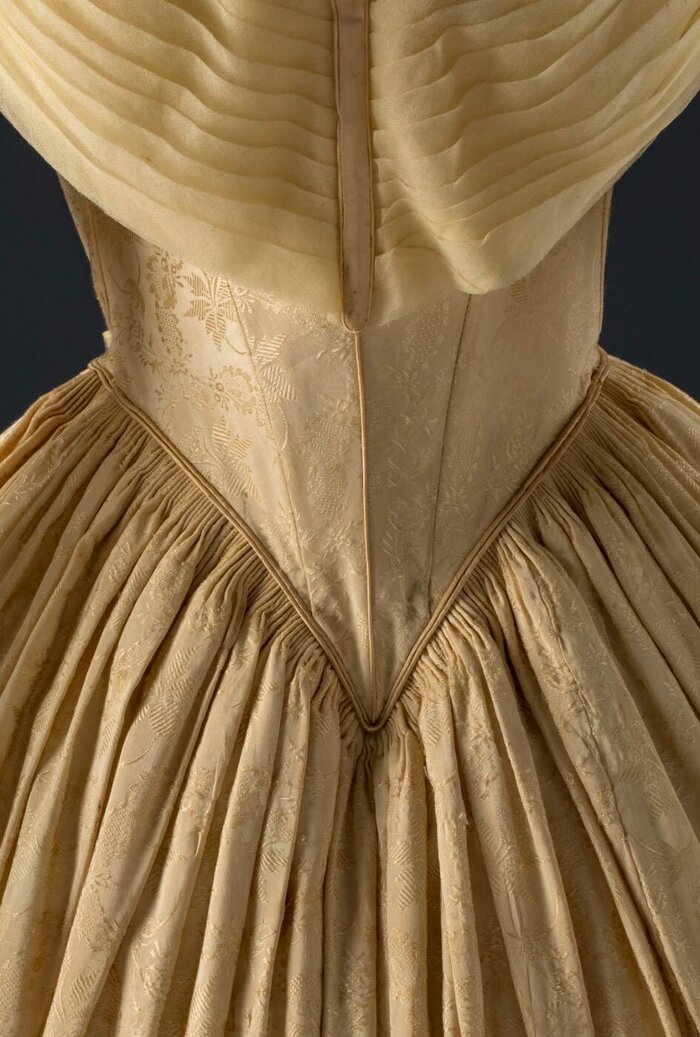 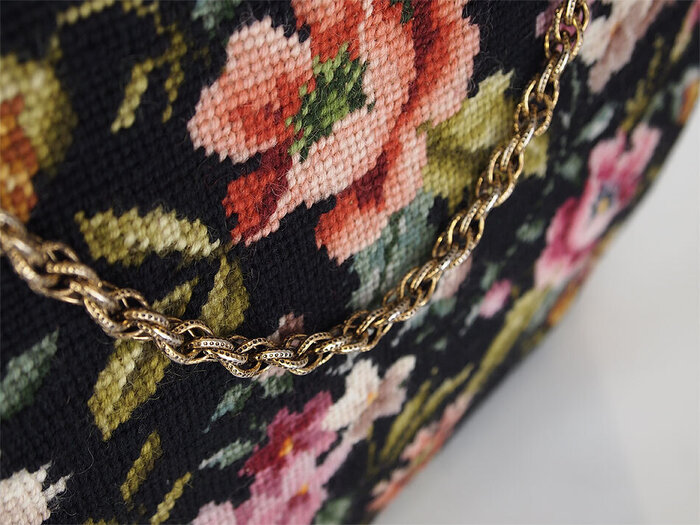 Detail of a wool tapestry handbag
← previous next →