Hank and Audrey’s Corral was a very short-lived shop owned by Hank Williams and his first wife, Audrey, in Nashville, Tennessee. They intended to sell Nudie suits and rival the shop two doors down, owned by Hank’s friend and mentor, Earnest Tubb.

The Corral opened June 16, 1951, and closed in either ’52 (their divorce) or ’53 (Hank’s death). They sold to tourists and recorded a radio show at the shop, just as Earnest Tubb did. Audrey fancied herself a singer, but she was really a savvy businesswoman and great at steering Hank’s career. They divorced in 1952, and the shop closed after most shares were sold to a third party. 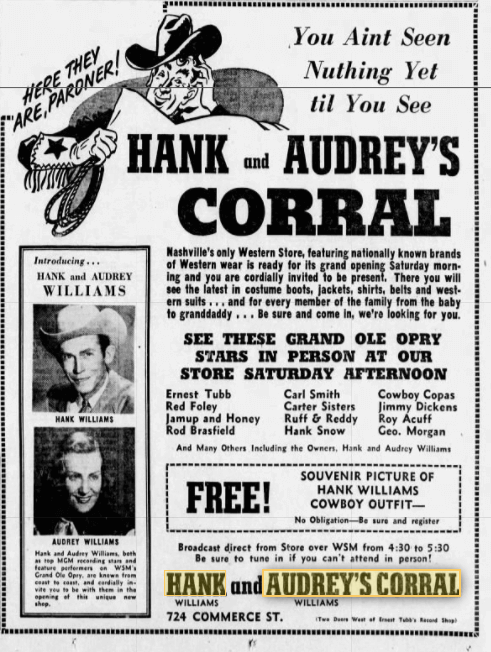 When VFG Member Sadie Davis/dollsntrolls found a skirt set with this label she did some research. An email to the Hank Williams Museum in Montgomery, Alabama confirmed that her set’s label was indeed the same label the museum has on display. The museum manager said that the outfit is exactly the stuff they sold—touristy, not the high quality Nudie Suits Hank had wanted to sell. Still, a whole lot better than the modern version of inexpensive!

Researched and written by Sadie Davis of dollsntrolls 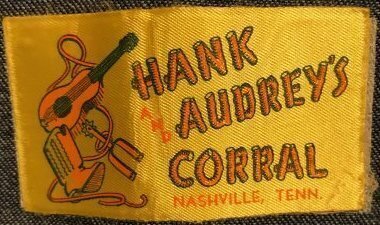 From the set shown below 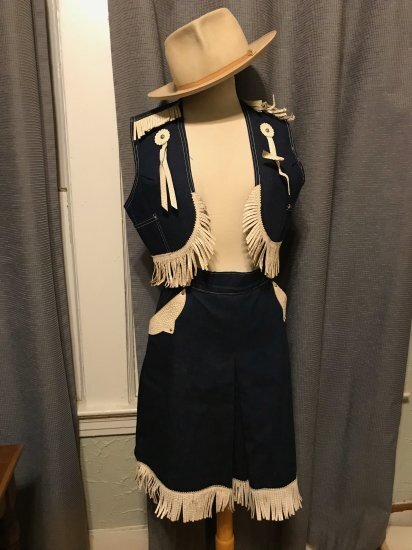