If you ask anyone in Austria, or in Vienna specifically, who was the best-known Austrian fashion designer, chances are they will say “Adlmüller” even today. He was the celebrity designer in Vienna for decades. But what made him, the man who freely admitted that he couldn’t even sew a button on himself, a celebrated fashion designer?

Wilhelm Alfred (usually referred to as W.F. or Fred—he hated the name Wilhelm) Adlmüller was born in Nuremberg in Bavaria in 1909. His father owned several restaurants, and his intention was that Fred should take over the running of one of them later. Fred liked cooking, so he trained as a cook from 1923 to 1927 at the prestigious Hotel Vier Jahreszeiten in Munich. Though his liking for good food and cooking stayed with him all his life, he soon realised that he was even more interested in fashion, colours, shapes and design. He had always liked shopping for clothes with his mother and his sisters, but now he wanted to do more. In 1929 he went to Vienna with the purpose of learning more about the restaurant business, but instead he found a job with the fashion boutique Ludwig Zwieback & Brüder. There, he learned decorating, choosing fabric and coordinating accessories and his flair for style and colours was noticed. A little side fact: The great-grandson of Ludwig Zwieback is the actor August Zirner.

In 1931 he went to work as a buyer at Tailors, Stone & Blyth, which was a well-known fashion house in Vienna at the time. At first he worked in the men’s department, and then started expanding the women’s fashion department, not only using his talent to copy couture designs, but also by using his own designs. He created his first couture collection in 1934, and from 1936, he also designed theatre and opera costumes. Adlmüller didn’t serve in WWII because of his health. He stayed on at the company as a director after the original Jewish owners, Ignaz Sass and his wife, were forced to leave and a German was put in place by the Nazis. Thanks to his good connections with the Soviet authorities in Vienna, Adlmüller was able to present his first post-war collection in Autumn 1945, and in 1946 he received Austrian citizenship.

After the war, the German owner of Stone & Blyth was arrested and Sass confirmed that Adlmüller could stay on as interim director. Ignaz Sass and his wife returned to Vienna in 1949 and partnered with Adlmüller as Stone & Blyth Nachfolger – W. F. A. Ges.m.b.H. In 1950 Adlmüller bought the couple out and started his own company. His elegant style became quickly known amongst society ladies and opera singers who had their gowns made by him. His reputation grew so much that soon he was considered the fashion designer to go to. 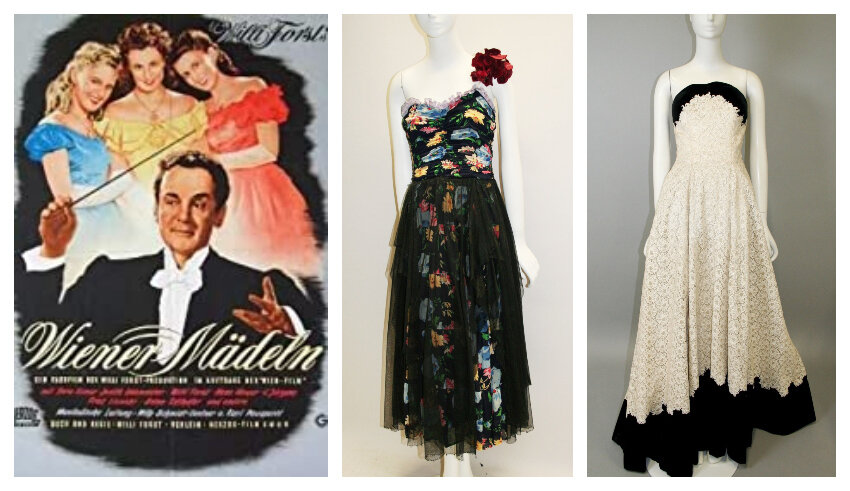 From the late 1940s until the early 60s he also designed costumes for several Austrian movies, the best-known of which are probably Wiener Mädeln and Illusion in Moll with Hildegard Knef and Hardy Krüger. Many of these were operetta/musical films, often comedies or romantic films. He designed costumes for the Vienna State Opera from 1947 to 1951. A perfume, “Eau de Vienne”, was launched in the 1950s. In 1958 he won the first prize for the best hostess uniform at the Expo in Brussels—against competitors like Dior and Balenciaga.

His salon remained located where Stone & Blyth had already been, at the grand Palais Esterhazy on Kärtnerstrasse 41 in Vienna, just a few footsteps away from the Vienna State Opera. Fashion shows were held at the lavishly decorated salon. From the 1930s until 1973 there was also a boutique in the resort town of Bad Gastein and, from after the war until 1973, one in Munich.

The annual Opera Ball at the Vienna State Opera provided a well-publicised opportunity for Adlmüller to show his evening wear. He also made the official tailcoats for all the Austrian presidents. On state visits to Austria, the president’s wife would often take her female guests to his salon or one of his fashion shows. Thus he was ever present in gossip columns and celebrity magazines, and he seems to have loved this kind of attention. 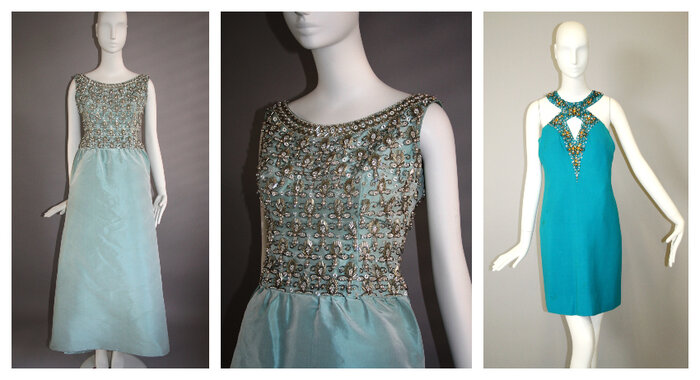 Adlmüller was a professor at the University of Applied Arts from 1973 to 1979, teaching the fashion master class following Gertrud Höchsmann, who had held this position from 1959 to 1972. In 1984, he celebrated his 75th birthday with a lavish gala fashion show and party at his salon with guests ranging from actors, artists and politicians to nobility. Upon the occasion he remarked that “at this year’s Opera Ball, I dressed the granddaughters of the ladies that I dressed 50 years ago”. In 1984, he initiated an annual fashion ball and it was remarked that he didn’t shun contact with young and “wild” fashion designers. In 1985 he sold the main part of his business to the lingerie company Palmers. Adlmüller died in Vienna in 1990, having worked with his customary iron discipline on his next collection until his last days. He was buried at Vienna’s Zentralfriedhof. The last of his creations were auctioned off in January 1991 at the Dorotheum auction house in Vienna, and the boutique on Kärtnerstrasse continued on until 2002 under the ownership of Palmers. In his will, he decreed the establishment of a scholarship foundation, which was realized in 1993 at the University of Applied Arts Vienna. 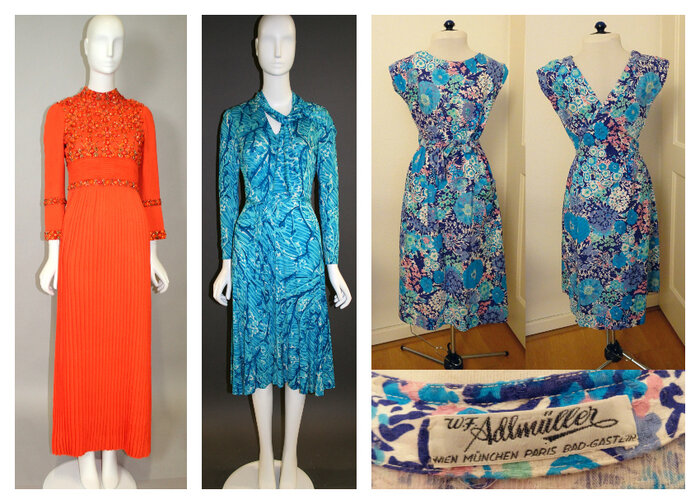 Fred Adlmüller’s style was classic couture that took most of its inspiration from Paris, with an emphasis on evening wear. Amongst his customers were counted Romy Schneider, Eva Bartok, Zarah Leander, Hildegard Knef, Empress Soraya, Queen Margrethe of Denmark and Queen Friederike of Greece. Rumour had it that his customers would never go to Gertrud Höchsmann, and that Höchsmann’s customers would never think to go to Adlmüller. (Höchsmann ran a successful couture salon from the 1920s to the 60s and was well-known for her expertly tailored day wear, disliking of frills, and for her trend-setting fashion shows—Adlmüller’s opposite in every sense.) He said himself that he didn’t want to dictate fashion, but to make women more beautiful through his love of colours and materials. Besides the couture salon, his boutique also sold ready-to-wear items bearing his name (at least from the 1970s/80s onward) as well as accessories like ties and handbags and separates like shirts and sweaters that were made by other luxury brands. 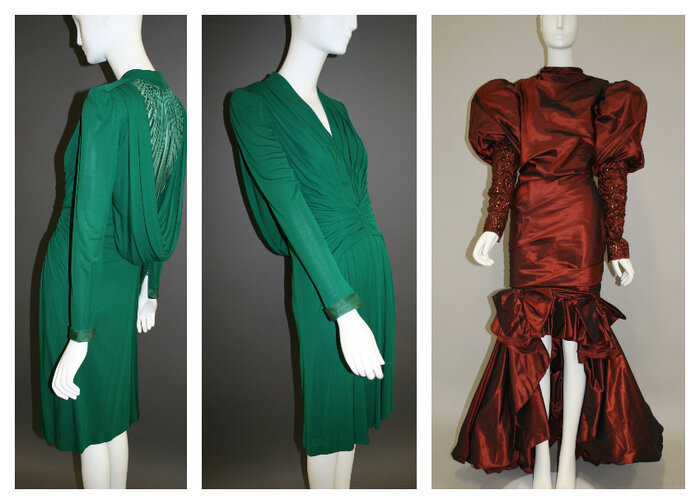 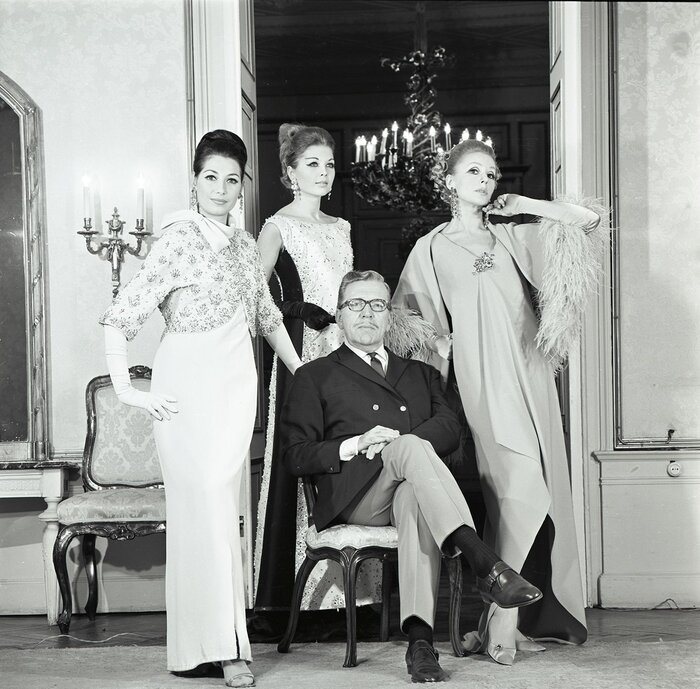 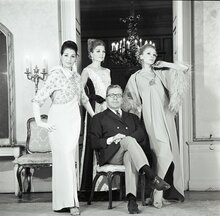