When I started discovering vintage fashion designers, I fell head-over-heels for Claire McCardell. What woman wouldn’t?

Born on May 24, 1905 Claire McCardell first became interested in style at an early age, cutting out images from her mother’s fashion magazines as paper dolls. Even more presciently, she felt unable to do what her brother did in the outfits she was expected to wear. She graduated from Parsons in 1928, and held a series of positions with Townley Frocks, Hattie Carnegie and Win-Sum, before she returned to the reopened Townley in 1940.

World War II actually unwrapped the package which was McCardell’s gift to women. No longer was American fashion tied so heavily to more expensive and restrictive French fashion.* The entire idea of American design suddenly took on a new significance which McCardell most eloquently expressed. She is now considered the mother of American sportswear, combining style and functional wearability. She designed ski and golf togs, as well as office and wedding dresses—creating for the gamut of the modern American woman’s life.

A 1972 showing of McCardell designs presented at the Fashion Institute of Technology, New York, reintroduced the designer to the public. “By any yardstick,” declared Newsweek on June 5 of that year, “it was the smash fashion collection of the season.”

In 1990 Life magazine named her one of the 100 most important Americans of the 20th century.

On the occasion of the 1998 Museum at the Fashion Institute of Technology exhibition of Claire McCardell’s clothing, Constance C.R. White wrote in The New York Times:

From the 1930s through 50s, McCardell’s casual, modern clothes urged women toward greater freedom and flexibility in fashion and promoted an aesthetic that Americans can now claim as their own. Through McCardell, fashion kept abreast of changes like jazz, realism, women’s war-time emancipation and an optimistic postwar nationalism. “We look at her as the founder of democratic American fashion,” Ms. Steele [Valerie Steele, the chief curator at the F.I.T. museum at the time of this exhibit] said.

Timeless is so often used to describe Claire McCardell’s work, literally transcending the over 60 years since her death, but her continuing influence and power is a combination of interwoven elements:

1. Timeless design, literally difficult to date. Would you guess that this unrestrictive dress dates from 1945? Her work from the 40s is astonishingly modern. 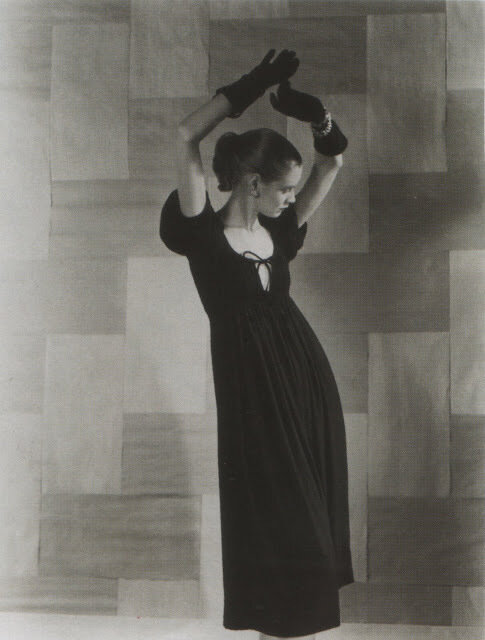 2. Responsible (even frugal) use of materials. When war rationing took effect, McCardell is said to have done little different, as she always oriented to humbler materials and a relative lack of extravagance, like wool for swimsuits, cotton and wool for evening wear. 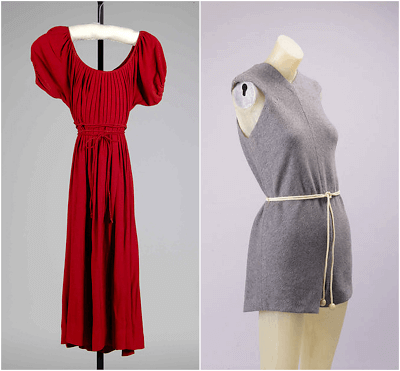 3. Sensitivity to the many roles of women. As the description of one sundress in the Met Museum collection succinctly states: “McCardell designed for herself, but the truth is that the transformative possibilities of her clothing allow for one modern woman and thereby for every modern woman.”

Sports clothes changed our lives because they changed our thinking about clothes. Perhaps they, more than anything else, made us independent women. In the days of dependent women – fainting women, delicate flowers, laced to breathless beauty – a girl couldn’t cross the street without help. Her mission in life was to look beautiful and seductive while the men took care of the world’s problems. Today women can share the problems (and possibly help with them) because of their new-found freedom.

– Claire McCardell, in an essay for Sports Illustrated, 1955 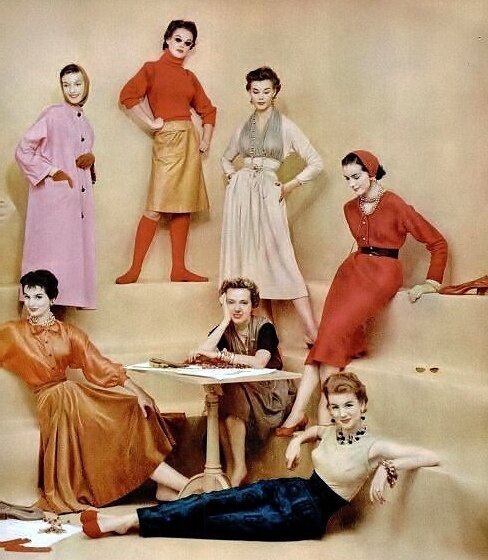 4. Flexibility of fit. Much of her clothing was truly ready to wear, contingent on the wearer and adaptable in size. Arguably McCardell’s most iconic fashion was the monastic dress of 1938. With no fitted waist seam a woman was to use McCardell’s signature spaghetti ties to create the waistline. She explored this concept for years, including this 1949 incarnation— 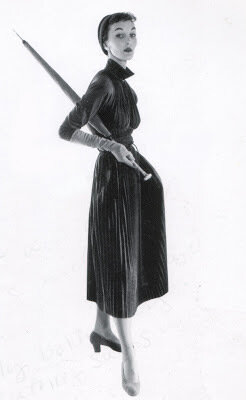 and even this 1950 bathing suit, which feels monastic in influence— 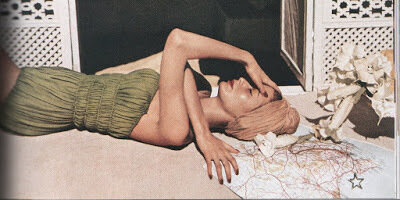 Detail of photo by Louise Dahl-Wolfe

5. Reasonable, even inexpensive prices. Her 1942 popover dress with attached oven mitt sold in the thousands for $6.95 while Norells, Mainbochers and Hattie Carnegies ran in the hundreds of dollars. She adroitly took advantage of American mass production capability. 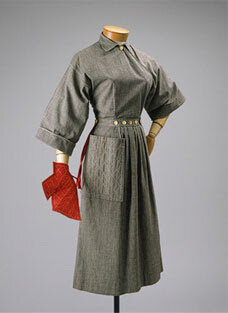 6. Applying real design know-how to clothing for sports. These 1940s bathing suits show the freedom that McCardell was bringing to a formerly (and even for years later) restrictive woman’s garment. 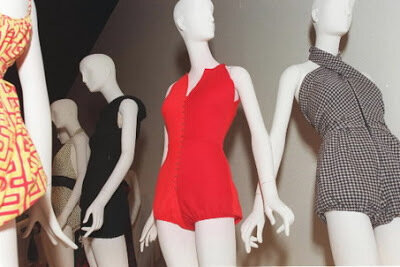 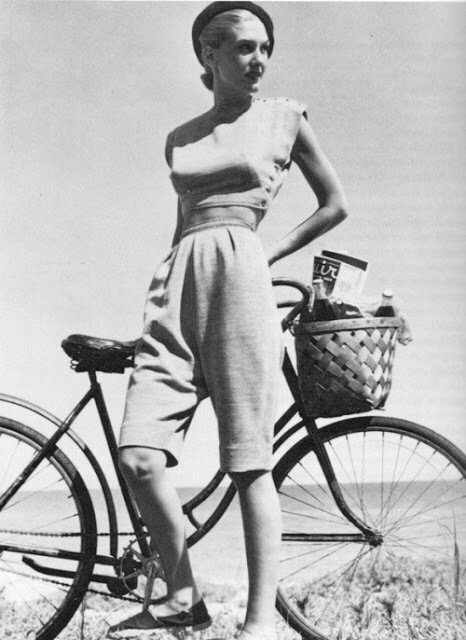 7. Adventure. How else to describe denim or men’s shirting used for evening wear? Her use of wool for evening became an American design phenomenon. What about the freedom to roam in ballet slippers, as she promoted in 1944? 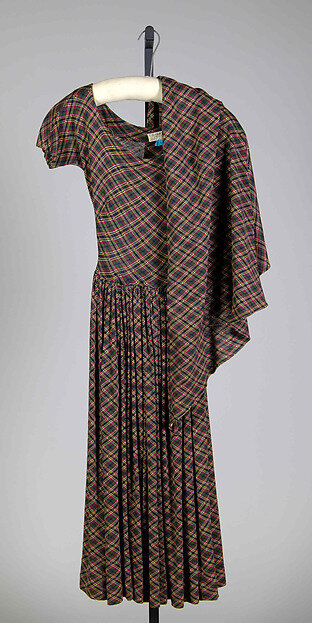 8. Versatility. Clothing designed for work had the flexibility and charm to be worn after work. Designs were not anchored to only one event in a woman’s life. As early as 1934, McCardell was creating mix-and-match separates. 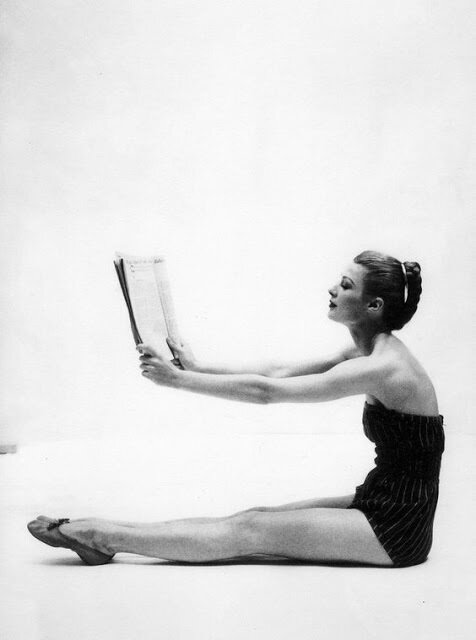 10. Function and style. McCardell is considered in the same league as Frank Lloyd Wright, an American designer who created pieces largely shaped around the lifestyles that included them. Since I will most likely never afford a house by Wright, I plan to keep this McCardell dress and bolero as a timeless piece of American history! 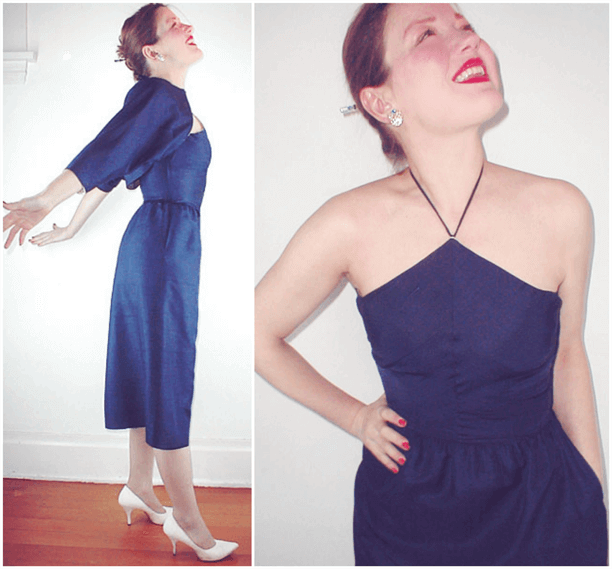 Claire McCardell died far too young, in 1958, of cancer. She was still at the height of her career, and one can only imagine what more she would have accomplished. Nonetheless, her work lives in modern American sportswear design. It is hard to imagine where American fashion design would be without her.

*It is interesting to note that McCardell collected the work of Madeleine Vionnet, whose influence is seen in her design techniques, particularly involving wrapping, draping, and bias-cut fabric. In many ways, she became the direct descendant of the French designer’s aesthetic, when many new French designers had taken a turn in direction.