It’s the season for fireworks here in the U.S., and VFG members are bringing it, with new listings that will light up your world! Enjoy your editor’s favorites, one from each seller who has posted so far. Follow the link to this week’s thread to see what you might have missed.
Click on the photo to be taken to the listing.

Time for this week’s edition of Fresh Vintage, where VFG members offer an early look at their newest goodies! Showing you a few highlights here – for more, head for this week’s thread in the public forums .

Hover over each image to get more information. Click on “+” to enlarge or anywhere else on the photo to be forwarded to the item listing. {…}

This week’s Fresh Vintage from VFG members goes from the sublime… to the sublime! Be sure to see all the latest finds in the forums.

Leo John Narducci was born to Leo D. and Mary Narducci in 1932, and raised in Brockton, Massachusetts. He basically grew up in the family garment business, learning to sew at an early age. After serving in the U.S. Air Force in Korea, he enrolled in Rhode Island School of Design, graduating in 1960. He moved to New York City and went to work for Loomtogs Inc., a successful sportswear company. In an effort to launch his solo career, he began submitting fashion editorials to Vogue, Harper’s Bazaar, Women’s Wear Daily, Glamour and Mademoiselle. In 1965 he was awarded the Coty Fashion Award for Young Designers. In a 2014 interview for Rhode Island Art Archive Project, he reminisced, “My first collection on Seventh Avenue, the stores didn’t know where to put my clothes because they were young but they were designer, so they started a new department called Young Designer.”

Over the next decade he designed for a number of firms, including Rose Marie Reid from 1968 through the early-1970s. In 1971 he started his own label, specializing in soft clothes with casual outlines and elegant materials. He produced designs for Vogue Patterns in the 1970s. In 1974, Warner Bros. hired Narducci to design a 16 piece “Mame” collection in collaboration with Trevari, the German textile company to promote the Lucille Ball movie.

As of 2022, Leo Narduccci’s web site shows new design projects in the works in both fashion and jewelry.

Mary Adrienne Steckling-Coen (1934-2006), known to the fashion world as “Adri,” was born in St. Joseph, Missouri, where she attended the School of Fine Arts in St. Louis. After winning a guest editor spot on Mademoiselle magazine’s College Issue in 1955, she decided to stay in New York and transferred to the Parsons School of Design. While at Parsons, Adri met designer Claire McCardell, who was volunteering as a critic in the fashion design department. McCardell became Adri’s mentor and was highly influential in helping her define her design aesthetic, as the two shared a passion for creating clothes for the modern woman with an active lifestyle.

After graduating from Parsons in 1958, Adri apprenticed a number of designers including Oleg Cassini and Anne Fogarty. She launched her first solo collection for Adri Designs Inc. in 1966. A long list of sportswear lines followed under several different labels. She opened Adri Studio Limited on Seventh Avenue in 1976, featuring designer sportswear with her trademark style; mix & match pieces with clean, elegant lines.

Among her many accolades, The Smithsonian Institution honored both her and McCardell with a 1971 exhibition titled “Innovative Contemporary Fashion: Adri and McCardell.” She received a Coty American Fashion Critics “Winnie” award in 1982.

In the 1980s-1990s Adri created a series of Vogue designer patterns and continued to design several sportswear collections a year, selling to boutiques and private customers until her death of Parkinson’s disease in 2006.

Otaheite was a home-grown Hawaiian brand started in the late late-1960s by John and Sharon Lawrence in Lahaina, Maui. Inspired by the Tahitian prints he had encountered in his travels, John printed custom designs on rare Japanese fabrics, setting Otaheite apart as a sought-after luxury brand within the popular Hawaiian-made clothing market. By the early-1970s Otaheite was selling their popular bikinis, shirts, shorts and t-shirt designs out of three storefronts; first at 732 Front Street in Lahaina, later in Whaler’s Village, and Kahului Shopping Center. In the late-1980s John sold Otaheite to become a restauranteur.

In 2012, their daughter Tiare Lawrence revived the Otaheite brand, operating a Wallea boutique featuring her custom-printed clothing that she described as “beach chic… inspired by Maui’s unique ocean lifestyle”. She closed her shop in 2016 to devote herself to full-time environmental activism.

Here is a taste of this week’s Fresh Vintage. Take a moment to pick your jaw up off the ground at the sight of new member Black Lotus Vintage’s incredible 1950s cream satin evening gown—not that our other finds are so shabby!—and you will see more of our latest finds in the forums.

Heads and Heels: An interview with Marcia Specht of The Spectrum

There is a phenomenon called Throwback Thursday on social media platforms. #TBT allows people a chance to post pics of last year’s vacation, their wedding, or lunch from just two days before. But for one longtime VFG member, #TBT on Instagram means digging out some tantalizing old photographs. There is that groovy store packed with 1940s’ and ‘50s’ Hawaiian and Western wear, 1930s’ gowns, embroidered silk from China. There are the hippie-painted walls. And now and then a rock star shows up. So I had to ask Marcia Specht about her history with vintage fashion. Let’s take a look at what Marcia had to share:

What hooked you on vintage?
I have always been interested in fashion, and I wanted to be a fashion designer or illustrator. I worked selling clothes during high school and college.

Adelaar Blouse Company was founded by brothers Emil, Maurice, and Bernard Adelaar in 1934 in Chicago but transplanted to New York in 1945 where it was easier to find jobbers (subcontractor manufacturers). Formally known as Adelaar Brothers Inc., they produced primarily women’s tailored blouses, but also created separates and occasionally dresses and lightweight suits. The blouses were designed by Maurice but tailored by different jobbers using the patterns, materials and notions supplied by Adelaar. The company was at its height of production from the late 1940s to late 1960s when women’s tailored blouses were popular. Foreign competition, rising U.S. labour costs, and changing tastes in fashion in the 1970s lead to the company’s slow demise. The company closed in 1986.

We’re busting our vintage buttons with fantastic vintage fresh this week in VFG member shops. See many more extraordinary items in the forums.

Legacy of Creating: An Interview with VFG Member Carole Charlin

When Carole Charlin introduced herself in the VFG Forums, she said she’d been a designer most of her life, following in the footsteps of her great-grandmother, who worked in Hollywood and made clothes for Shirley Temple.

So of course we have to know more. 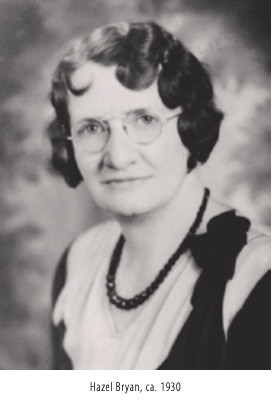 Carole: My great-grandmother, Hazel Bryan, was born in 1888 and became an orphan when her mother died of tuberculosis. She had learned how to sew from her mother. As an adult, she moved to Hollywood, California, and was a 20th Century-Fox Film studio seamstress, making clothes for Shirley Temple in the 1930s. She taught my grandmother to sew, and as a team they made all the clothes I wore as a child. so following in their footsteps, I learned to sew and consider myself a professional-caliber seamstress, proud to continue the family line. Hazel was amazing; she could craft just about anything. She could knit, do needlepoint, and even make hats. I have a few remnants of her artistry, but the things I’ve lost haunt me.

Want to get Fresh? Fresh Vintage that is! Here are some of the choices fresh to our members’ shops this week, and click to view more in the public forums.

Each week, the VFG brings you Fresh Vintage—items new in our members’ shops. Feast your eyes on just some of the vintage pieces available, and click to view more in the public forums.

It’s not too late to catch the final days of the show Jane Morgan: In My Style at The Brick Store Museum in Kennebunk, Maine. The show runs until May 21, 2022.

Catch a glimpse of these extraordinary dresses, and meet Bonnie and Jane (who is now 97) in this news feature: Legendary Performer Jane Morgan’s Glamorous Gowns on Display at Maine Museum.

I hope you enjoy looking at new listings from the VFG’s professional sellers as much as we enjoy sharing them. We’ve got a fabulous new batch again this week!

This 60s shift dress by Cover Girl of Miami is new in Vintage Runway’s Etsy shop. Lots of cute details o this one! “”:/

It’s time for another edition of Fresh Vintage, where you have the chance to get ahead of the crowd by sampling the newest listings of VFG’s professional sellers! As usual, we have wonderful things to show you.

Are you going to be a summer bride? VFG has you covered. Straylight Vintage recently listed this 50s classic tiered lace wedding dress in her Etsy shop. “”:/

In the late 1930s Charles Demery purchased a cotton printing workshop in the town of Tarascon in the Provence region of France. He dubbed his new enterprise Souleiado, which means “the sun’s rays shining through a cloud after a rain”. While the brand was new, the print shop was not. Under various names the workshop had produced colorful printed chintz and calico fabrics, known as indiennes, since the middle of the 18th century.

When Demery took over the print shop he acquired more than 40,000 wooden print blocks, many of which were the original blocks used in the 18th and 19th centuries. Initially Souleiado cottons were printed by hand but by the 1950s the fabrics were in such high demand in France that the company began to transition to mechanized production. Demery continued to rely on his archive of antique print blocks but the patterns, complete with the original imperfections in the blocks, were transferred to engraved copper rollers. Machine printing allowed Souleiado to increase output and facilitated the company’s development of a wide range of sportswear and household textiles. Through at least the 1980s they also produced small batches of hand-printed fabrics but at much higher price points than their machine printed products.

In the early 1960s Souleiado dresses arrived at a few American department stores including Bloomingdales and Stix, Baer, and Fuller. Within a decade their items could also be found in a handful of American boutiques. In the mid-1970s the company’s presence in the United States increased when their products arrived in Pierre Deux, a national chain of retail stores that specialized in French antiques and imports. The Souleiado brand was sold in the US exclusively through Pierre Deux until 1995.

In the 1980s Souleiado was embraced by the fashion-buying public as a chic symbol of luxury. Lady Diana Spencer was a fan of the brand and was photographed by the press while carrying a Souleiado Provencal print cotton bag. As of 2022 a version of the bag carried by Diana was still available on Souleiado’s website.

Souleiado was a family-run company for more than sixty years. The Demerys sold the business in 2000. It changed hands again in 2009 when it was purchased by Daniel and Stephane Richard who continue to produce Provencal prints inspired by the company’s extensive archive.

VFG members have been watching our first-ever fund raising auction on Instagram this week, but we’ve also been steadily listing new vintage fashion items. Have a look at some highlights of this week’s selections! Photos are clickable links.

First up, this spectacular 60s domed brooch – an Original by Robert – new in Denisebrain’s Etsy shop. “”:/

Marzilli Vintage always has wonderful estate and antique jewelry in their Etsy shop. Your editor’s favorite this week is this 14K gold watch chain that can also be worn as a collar necklace. “”:/

This floral print summer dress by Cabana is new at Metro Retro’s website – perfect for a garden party! “”:https://www.metroretrovintage.com/products/vintage-50s-60s-sleeveless-modernist-floral-dress-by-cabana-s-m